WE BELIEVE:
​
1. The Holy Bible [sixty-six books] to be the Complete, Inspired, Unfailing Word of God; the final authority in all matters of faith and practice.

2. In One God, Creator of all, holy, sovereign, eternal, existing as three equal persons: Father, Son, and Holy Spirit. This is the Trinity.

4. In the Holy Spirit who convinces of sin, righteousness and judgement. He sanctifies and regenerates the repentant soul. He illuminates and comforts those who trust in Jesus.

5. Satan [Adversary] exists as an evil personality, the originator of sin, the arch-enemy of God and man.

6. Man was created by God in the image of God. Man sinned [rebelled] against God, resulting in total depravity, thereby incurring physical and spiritual death.

7. Salvation is by the sovereign gift of God’s grace through faith in Jesus. Jesus died to be a sacrifice to atone for our sins. Those whom God has effectually called shall be divinely preserved and finally perfected in the image of the Lord.

8. In the personal, bodily and glorious return of Jesus Christ; in the bodily resurrection of the just and the unjust; in the eternal blessedness of the redeemed and in the judgement and eternal conscious punishment of the wicked.

9. The Church is a company of immersed believers called out from the world, separated unto Jesus Christ, voluntarily associated for the ministry of the Word, the mutual edification of its members, the propagation of the faith and the observation of the Ordinances.
We believe it is a sovereign, independent body exercising its own divinely awarded gifts, precepts and privileges under the Lordship of Christ, the Great Head of the Church.
We believe its officers are pastors and deacons.
NOTE: At Kipling Baptist Church we find value in having Godly, Gifted women serve in Leadership offices. We acknowledge her as a deaconess.

10. There are two ordinances for the Church, as found in the New Testament:

A) BAPTISM by immersion in water, whereby the believer obeys Christ’s command and identifies with Christ in His death, burial and resurrection.

B) LORD’S SUPPER which is a memorial wherein the believer partakes of two elements, bread and wine, which symbolizes the Lord’s broken body and His shed blood; proclaiming the Lord’s death until He returns. We observe the Lord’s Supper on the first Sunday of each month.

11. In the entire separation of Church and State.

12. In religious liberty: that every person has the right to practice and propagate their beliefs.

13. The first day of the week [Sunday] is the Lord’s Day and that in a special sense, it is the
divinely appointed day for worship and spiritual exercise. 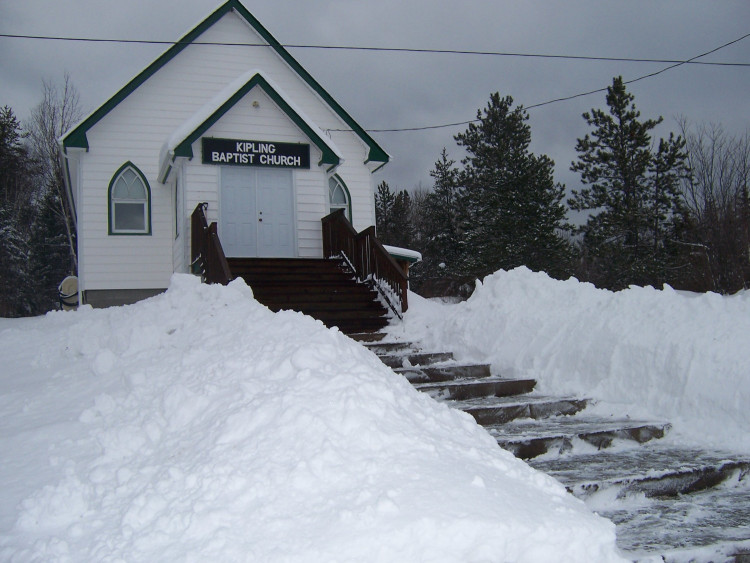